Year: 2017
Genre: New Movie / Action
Country: USA
Time: 1h 30min
Director:Carl Neyland II, Farrukh Sheikh
Stars:Blanca Samperio, Farrukh Sheikh, Roman Brion
Quality: HD
P is locked up with his two homeboys for multiple years, once they all get out after at least putting in 10 years, they get into the free world only to find out it's not that easy. The straight path isn't so when you have murder on your record. So P, thought his brothers; Carlito and Tony who try to help, but he's never been one for handouts. So he talks to his old prison, homey, Niko, to get them linked into the cartels. When they meet Griselda and her crew, who seem to be the baddest people to walk the earth as well as hell. Griselda takes them in under her wing and gets them to start by moving people and dope, but a setup makes P realize that almost killed over a little money's not worth the risk. So he wants to be put on for something more worthwhile, like murder for hire. In a web of trickery and deceit, P has to find a way to keep his family out of the mix. While still trying to find out who his real friends and enemies are cause in this world, you keep your friends close and .. 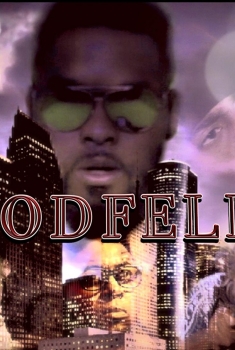